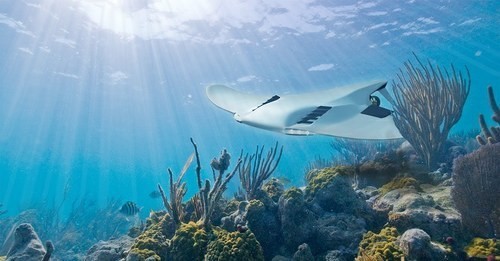 The Interreg MED project PANORAMED addresses Innovation in various sectors, including Blue Biotechnology. One of its most important activities was a research focused on the systematic, all-encompassing report Gaps and Opportunities for Growth of the Blue Bio Sector in the MED Area. Rudi Panjtar and Prof. Dr. Borut Likar (Jožef Stefan Institute, Slovenia) identified in detail gaps and opportunities for blue growth related to specific application areas (e.g. political, legal, R&I, educational, technological, etc.) in the MED area. A Slovenian high-school innovation project (see project's description below) has successfully and simultaneously addressed some of these gaps and opportunities for blue growth, namely:

a) Developing efficient solutions for exploring the deep sea (the project aimed at acquiring data on various environmental parameters and collecting water samples for subsequent analysis).

d) Improving the access to laboratory spaces for industry and other stakeholders (laboratories from 2 technical faculties provided necessary knowledge and expertise to students).

The Headmistress of the Ljubljana-based Gimnazija Vič (Grammar School), Ms Alenka Krapež, M.Sc. notes that in essence, school curricula, especially in terms of organizational form, despite the updates, are very similar to those of 100 years ago (lessons arranged in a schedule, subjects that follow one another, short breaks in between). The teaching material covers the basic knowledge of key areas of human society, which is of course essential – if you cannot walk, you will not dance either. As society has changed radically in recent years, teachers are looking for different ways to help young people find meaning in seemingly dry theory. At Gimnazija Vič, they found one possibility in including project work in regular classes.

As part of the projects, students look for solutions to current problems. Many of the project challenges outgrow the complexity and timing of the lesson itself, so it continues into research assignments and time after the classes. For project work in class, students receive a "school fee" (i.e. a grade), but the Headmistress, Ms Alenka Krapež, together with her colleagues, finds that it means a lot more to students when they see a working result of their work. Through such a form of teaching, school knowledge becomes permanent, connected, in-depth and upgraded. Those who want more, however, have the opportunity to participate in more complex challenges. At Gimnazija Vič, many projects are connected with nature protection challenges, from the production of a microfiber filter when discharging a washing machine to a small constructed wetland and a disinfector for such purified water. Among these, the biggest challenge so far has been the construction of a submarine – the Calypso project.

Students were able to join the Calypso project at the beginning or during its implementation and also exit it. Unlike classical lessons, where the teacher acts as the one who “knows” and the student as the one who “learns”, in the project work these roles fade. The teacher and the student play the same role – the role of the researcher. This further motivates and encourages students to participate and to be aware of the fact that the success of the project depends on their work. Instead of supporting the teacher in finding solutions, they are now forced to rely on themselves and their colleagues. Thus, they become increasingly independent, competent and confident in their abilities.

As explained by the mentor and main promoter of development in the Calypso project, Mr. Rok Capuder, the oceans of our planet are less known to us than the surface of the moon. The desire to discover the unknown led the students of Gimnazija Vič to an ambitious plan to build a submarine with which they could peek into the depths. The goal of the Calypso project was to build a submarine that could sink to a depth of 1,000 meters and could collect data on various environmental parameters (pressure, temperature, conductivity, and suchlike) and include water samples, which could later be analysed in the school laboratory.

The project involved almost 100 students who designed, built and also tested the submarine along three years. Students were divided into groups, which took over individual work tasks. Each of the groups had its own leader, a senior student. The groups focused on inner and outer shell fabrication, microcontroller programming, rescue systems and promotion. 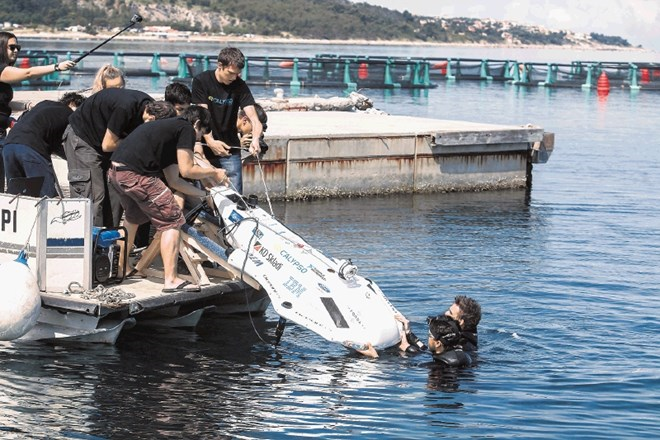 Mentor Rok Capuder describes the composition of the submarine as follows: the submarine consists of an outer shell that mimics a manta ray, which is made of fibreglass and provides hydrodynamics and reliable underwater steering. Energy is supplied through the umbilical cord, which consists of a power and data cable. The solid inner shell protects the vital parts of the submarine from water intrusion and high pressure. It houses all the electronic equipment and the submarine's connection to the outside world. It consists of an aluminium tube with flanges, sealed on both sides. The system is powered by electric motors. The submarine is operated via a console on land or on a boat.

As Capuder points out, the project would not have been carried out without sponsorships and donations. Their largest donor was the Slovenian company Ocean Tec, which manufactures racing sailboats and took care of the outer shell of the submarine. Along with Ocean Tec, 25 other donors and sponsors were attracted by the project. The Faculty of Mechanical Engineering and the Faculty of Electrical Engineering of the University of Ljubljana were of great help since quite a few departments and laboratories provided their knowledge. Information on the choice and dimensions of materials that can withstand high pressures and on the controllers available on the market were crucial. 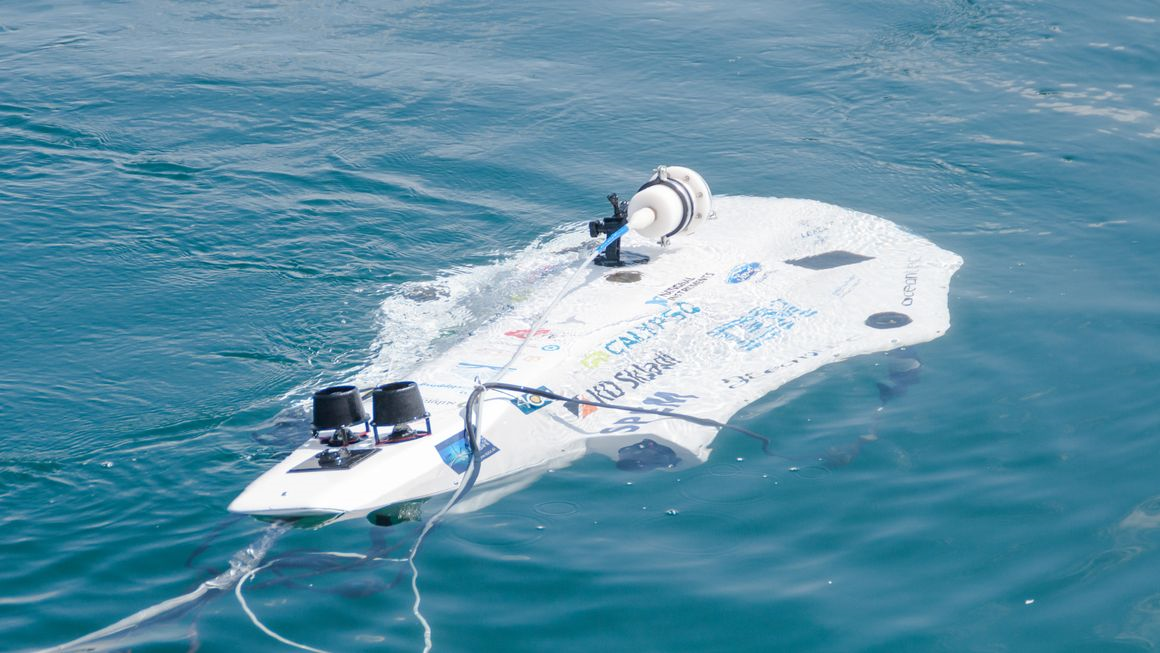 In May 2015, students sank the submarine in Piran Bay. With the baptismal dive, in a depth of a few tens of meters, they made sure that all the elements were sealed as expected, and that the software and the connection to the steering console directed the vessel properly. After that, the submarine was dismantled several times and the sensors and control software were adjusted; however, the dive was no longer performed due to the cost of renting the boat, explains Capuder. 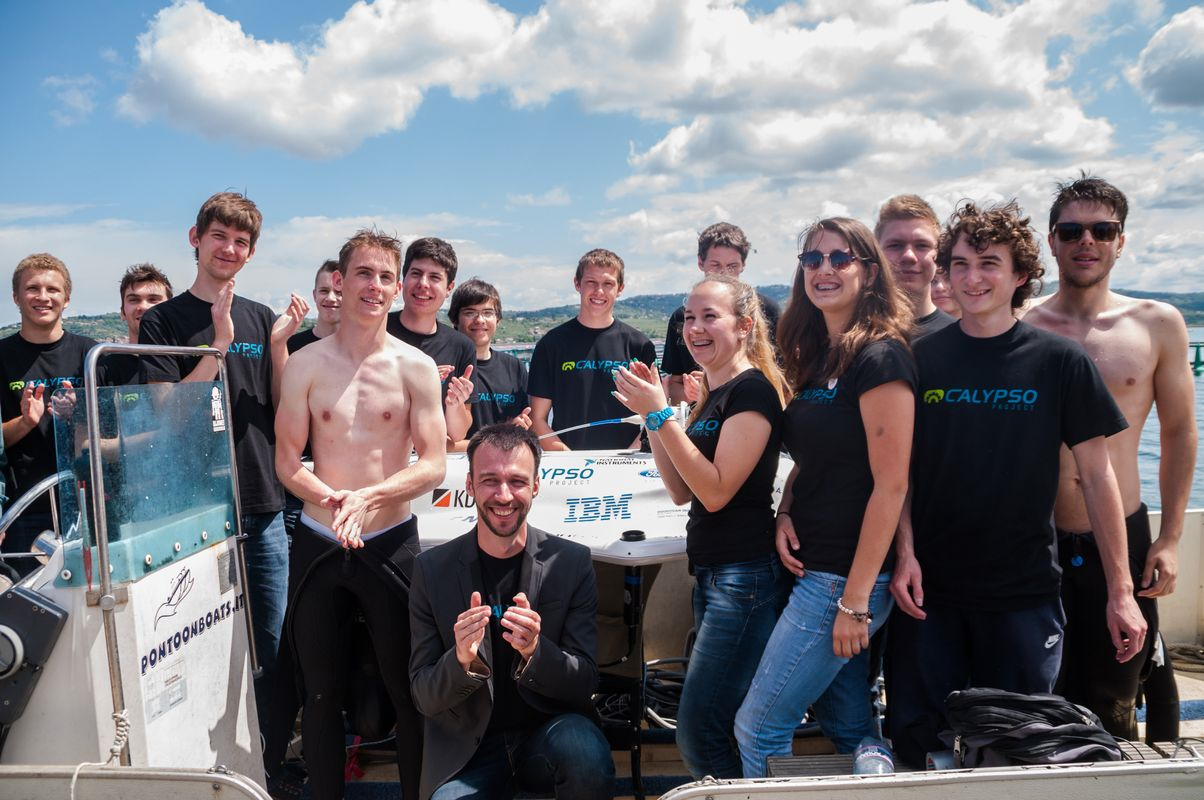