INTERVIEW WITH THE LEAD PARTNER OF PANORAMED 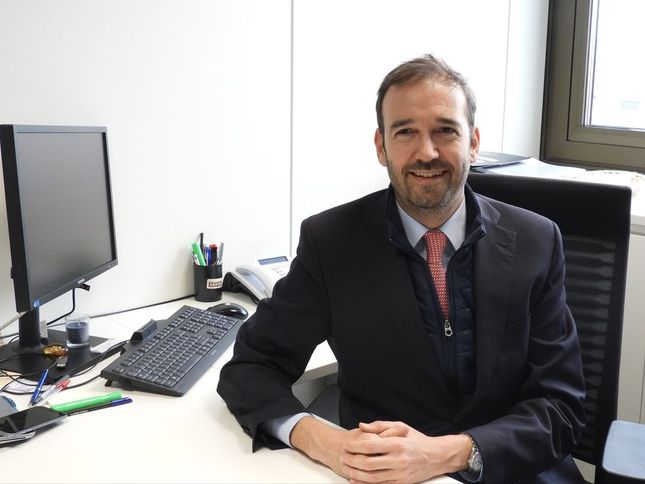 The Communications Team sat down for an interview with Mr. Antonio del Pino from the Spanish Ministry of finance, Lead Partner of PANORAMED, to discuss some of the key features of the governance platform project.

1. What is PANORAMED about? Can you describe the nature of this Project and explain the key elements that distinguish it from other projects of the MED programme?

PANORAMED is an innovative and ambitious initiative in the Mediterranean, that has arisen within the framework of the Interreg MED program. This governance project consists of partners who are representatives of public institutions from 12 member states within the MED program.

From a formal point of view, it serves as a collaboration project which follows the ordinary instructions of Interreg MED. Nevertheless, from a practical perspective, its essential elements have been determined by the Monitoring  Committee, the supreme organ of the Interreg MED. Such specific elements include: the structure of the project, the budget, the medium and long-term objectives, the areas on which to work, the terms to be respected, the tasks, the schedule, and the members of the project. The PANORAMED partnership must therefore comply with and adapt to the conditions which are set out for it. The most significant and merited  proposals of the PANORAMED platform are refered to the Monitoring Committee for its endorsement.

The overall interrelations and complementarities within the the Interreg MED between and within the iniatives can be described in using the methaphor of a house. More specifically, the foundations of this house are the modular projects of the Interreg MED. The walls of the house are the eight horizontal projects aligned with the corresponding thematic communities of the MED. Consequently, PANORAMED aspires to be a roof, whereby it capitalises and strings together the specific outcomes achieved by other Mediterranean initiatives and strategies. These benefits from the fact that the roof extends as a kind of shelter or porch, whereby some coverage is also provided to other such Mediterranean activities, also including attention to the south shore which PANORAMED aspires to include.

2. Why is PANORAMED being implemented? What is the main reason behind its launch?

The fundamental reason is that there are currently numerous initiatives coexisting in the Mediterranean that may deal with similar topics, but these have different geographical or thematic scopes. Such initiatives currently do not liaise between them, so the potential for complementarities and synergies are lost.

PANORAMED is being carried out because there is a need to create synergies and capitalise on what is being already done, to get the most of the existing efforts.  It is about putting all the elements and actions which are already available in a single basket to optimise their overall results. The opportunity to act now is linked to the on going capitalisation process of the horizontal projects, as well as the potential for positive influence by the Mediterranean in this period of negotiations. These negociations include the next Multiannual Financial Framework of the European Union and the basic pillars for the 2021-2027. This year, we are in a fundamental moment and position to participate in the design of future policies at the European and national level, as well as to deal with already identified challenges. The area of the Mediterranean is particularly vulnerable and the problems that exist do not lie within national frontiers, but rather surpass them. It is only through a shared effort of all the countries that satisfactory solutions can be achieved. This is why it makes sense to have an initiative which has that ambition of solving problems in a collective way, especially at this moment when the future policies are being designed.

3. What are the main tangible results to achieve?

The fundamental objective in the long-run is to improve the governance in the Mediterranean by influencing future policies. This is to be done under a shared framework which is coordinated collectively by all of the countries that take part in this project. This is needed in order to deal with the challenges in a successful way. The element of tangibility is very important because governance is somehow characterised by being kind of ethereal. The tangible part corresponds to two topics identified as strategic by the Monitoring Committee. These include maritime and coastal tourism, as well as maritime surveillance. A call for strategic projects on these two issues will be opened in spring.

The goal/objective is that these strategic projects, whose beneficiaries will  be public entities, will have the capacity to influence in future policies. There are many more topics which are also relevant in the Mediterranean. However, the ones identified are considered as the most relevant ones in which a great focus must be placed in order to achieve the central objective of improving the governance in the long-run. The recently created Innovation Group is already configuring its experts group and working with the aim of having a call for strategic projects about this topic, which would come out by the beginning of next year.

4. What is the current status of the project? What steps can we expect in the coming year?

We are working on two fronts at the same time. From the tangible point of view, apart from the call for strategic projects aforementioned, the group of experts are configuring a report about the needs and opportunities in the Mediterranean. This is on the basis of an analysis of the projects and initiatives in this area. This shoud constitute a useful tool for enhancing exchange experiences and enriching the analysis, as well as prioritising further work. From the intangible point of view, we are working side by side with the Associates of PANORAMED, several entities and strategies active in the Mediterranean area that already have links  with our platform. We are participating with them in different initiatives, events and meetings to effectively reinforce the cooperation between them and PANORAMED.  In this way, we are giving visibility to the project and sharing the material results that are being achieved in its framework.

5. What is the added value that PANORAMED brings to the European Mediterranean region?

PANORAMED’s main purpose is to put the Mediterranean at the centre of present and future priorities of Brussels’ political  agenda. This is a golden opportunity and with this aim, we are fostering synergies among initiatives, strategies and actors in the region that are dealing with similar topics. PANORAMED has the possibility of  bringing all of them together and showcasing to the rest of Europe that the Mediterranean is able to establish governance itself, as well as enriching future policies. In this sense, we have identified the different challenges that the Mediterranean region is facing, in key areas such as tourism, surveillance and innovation. All these matters go well beyond national borders and therefore require a coordinated effort and approach. This is why PANORAMED has been shaped as a platform embracing 12 countries of the northern shore of the Mediterranean Sea. But there is a will to progressively incorporate the Southern shore too,  which should help to enrich the future political framework. This is particularly important now that the future MFF negotiation is on-going by the Member States of the EU.