PANORAMED: THE VOICE OF THE MEDITERRANEAN 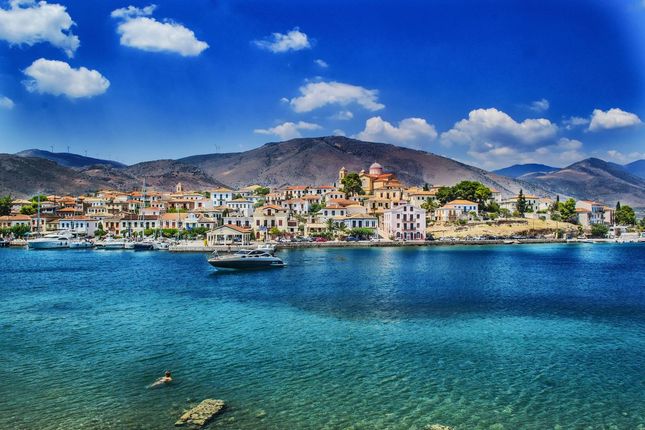 PANORAMED is an ambitious project created in 2017 and financed by the ERDF (European Regional Development Fund), with the aim of putting the Mediterranean at the centre of the political agenda in Brussels, creating synergies among all initiatives, programmes and international institutions in the region. The Spanish Ministry of Finance strongly supported this governance project from the beginning, becoming the lead partner and hosting a massive "kick off" event in Seville in September 2017.

A strategic project for the future of the Mediterranean

It is clear that the Mediterranean region suffers from great vulnerabilities from the economic, environmental and social points of view. In this sense, the Mediterranean faces a series of challenges which cannot be successfully tackled from an exclusively national perspective, but inexorably require the cooperative effort of all the countries in the region. This is the essential feature of PANORAMED, a project where countries go hand in hand to effectively address these challenges.

In addition, PANORAMED was created in the framework of the ‘Interreg MED’ Programme, given the proximity of the negotiation of the 2021-2027 Multiannual Financial Framework in a context of fear of a substantial reduction of funds in the region after the severe economic and financial crisis experienced at the beginning of this decade. Therefore, there is an obvious strategic component in this ‘adventure’, and a considerable pressure to achieve a very high quality result.

From the beginning, PANORAMED has represented a triple opportunity: first, to underline the relevance of the Mediterranean region in the EU from a political and strategic point of view; second, in the current context of ‘Euroscepticism’, to emphasize that cooperation between countries is the optimal (if not the only viable) alternative to face the challenges of the future; and third, against the cliché that the Mediterranean countries are ineffective and inefficient, this initiative can demonstrate that this region of Europe is capable of giving the rest of the EU an example of collaboration.

The practice of creating synergies with all institutions and active strategies in the Mediterranean is where the greatest strategic component of the project lies. It is a very heterogeneous group of entities (financed or not, depending on the case, with European funds) including, among others, the Union for the Mediterranean, the Bluemed initiative, the UN Mediterranean Action Plan, the Westmed strategy, the Confederation of Peripheral Maritime Regions, and some territorial cooperation programmes (Interreg). Despite the diversity that characterizes them, all of them participate in PANORAMED as ‘Associates’.

The difficulty of this ‘synergetic’ task lies in the need to have a very deep prior knowledge of the "Associates" to know what role PANORAMED could play. Furthermore, one must take into account that all of them are public institutions which partially overlap, both thematically and geographically, and which, like PANORAMED, have a huge incentive to subsist against the prospect of expected reduction of European funds as of 2021.

This group of ‘Associates’ also includes some General Directorates of the European Commission that accompany this process, namely DG REGIO (responsible for regional policy), DG MARE (maritime and fisheries policy) and DG NEAR (neighborhood policy). The reason is that PANORAMED, as a governance project, aims to influence the design of future policies in these areas. Therefore, it is essential to involve entities with regulatory capacity, at an international, national and regional level.

To achieve its ambitious objectives, PANORAMED has formally taken the shape of a ‘classic’ cooperation project: its members are, on the one hand, the ‘Partners’, who receive an amount of ERDF, and on the other hand, the ‘Associates’ (already mentioned), who do not receive financial aid, but who participate in the objectives of the project with their knowledge, interest and experience in the matter.

In a ‘traditional’ European territorial cooperation project, the partners are usually no more than 6-8 public entities such as universities, research centers, foundations, regional ministries, among others. Normally one of them adopts the role of ‘lead partner’, with the mission to establish the essential elements of the project (partners, objectives, tasks, structure, milestones and budget, among others), having therefore the responsibility to face and respond to European managing and control authorities and being able, if necessary, to discharge a partner if there are justified reasons for doing so.

Even following a formal scheme, PANORAMED is totally different in the material side, since the lead partner has not decided any of its essential elements, as they are the product of an arduous negotiation work between its partner countries.

The extremely complex and artificial structure of PANORAMED is striking, as it is composed of 21 partners with a very heterogeneous nature: 12 countries of the northern Mediterranean arch (Portugal, Spain, France, Slovenia, Croatia, Italy, Malta, Cyprus, Greece, Bosnia Herzegovina, Montenegro and Albania), 6 regions and 3 sectorial institutions from these countries. This architecture has been from the beginning a considerable hindrance to advance in the established milestones, especially considering that decisions are always made by consensus. This inefficiency could also have budgetary consequences, because if the execution of the budgeted expenditure is not carried out at a rate determined by the Commission, a financial correction could be suffered.

Panoramed has done well on its medium-term objectives

In spite of all the restrictions, in 2019 PANORAMED has managed to launch a call for Strategic Projects on two themes identified as priorities: Coastal and Maritime Tourism and Maritime Surveillance. For this purpose, from the beginning, groups of experts belonging to the 12 partner countries were set up. Essentially, these two groups have worked against the clock to develop their respective ‘Terms of Reference’, which describe the material characteristics of how the Strategic Projects of each of these two themes should be.

In parallel, with PANORAMED being a ‘governance’ project, partner countries have identified national and regional entities legally and materially enabled to carry out Strategic Projects on these themes. In this framework, the states have conducted an exercise to select entities with the capacity to implement projects as well as to directly influence the design of future policies in their respective geographical areas.

The result has been a list of 80 national and regional applicants qualified to design these projects that, within the framework of a recently opened call, will have until June 2019 to submit their project applications. The objective for the Projects is to have tangible results before the completion of PANORAMED, in April 2022.

Although the Ministry of Finance is in charge of the external representation of Spain in PANORAMED, there are different Ministries and Autonomous Communities involved in the platform for geographical and jurisdictional reasons.

To articulate this representation, the Ministry has drawn up an Agreement with the Spanish Autonomous Communities in the Mediterranean shore to facilitate their inclusion in the work of PANORAMED. Besides, the Agreement includes the possibility of requesting assistance from the ministries involved because of the issues to deal with. Specifically, the Ministry of Finance has made a huge effort to involve five ministries devoted to: Science and Universities; Industry, Trade and Tourism; Foreign Affairs, European Union and Cooperation; Infrastructure; and Agriculture, Fisheries and Food.

Doing a lot with very little

The budget to undertake these ambitious tasks is only 23 million Euros, distributed as follows:

The future of PANORAMED: from a project to a process

Apart from the ongoing call for the Strategic Projects, in late 2018 a new thematic group on Innovation was created with the aim of launching projects on this theme at the end of 2019.

Strategic Projects aside, PANORAMED’s ambition is to go far beyond its own borders (physical and temporary) and become a true ‘process’ to improve governance in the Mediterranean. In this sense, it is essential to look at the southern basin of the Mediterranean and create collaborative ties that bring the desired "holistic" dimension to this process.

Obviously, the resources available to PANORAMED are very limited to undertake its titanic goal. They are a seed of something greater that could be created if the partner countries decisively support it, providing resources and the quality of their human teams. Only time will tell the extent to which countries have committed to this pilot initiative.